Have you ever been to China? If not you need to know… you should be prepared to carry your own toilet paper and practice your squat.

I do not mean those bull shit chair-less sits you see at the gym. Nah, were talking DEEP squats, where you plop your ass down as far as it can go while staying aloft and balanced on the heels. This position—in contrast to deep squatting on your toes as most Americans naturally attempt instead—is so stable that people in China can hold it for minutes and perhaps even hours …

… while putting the team on your back 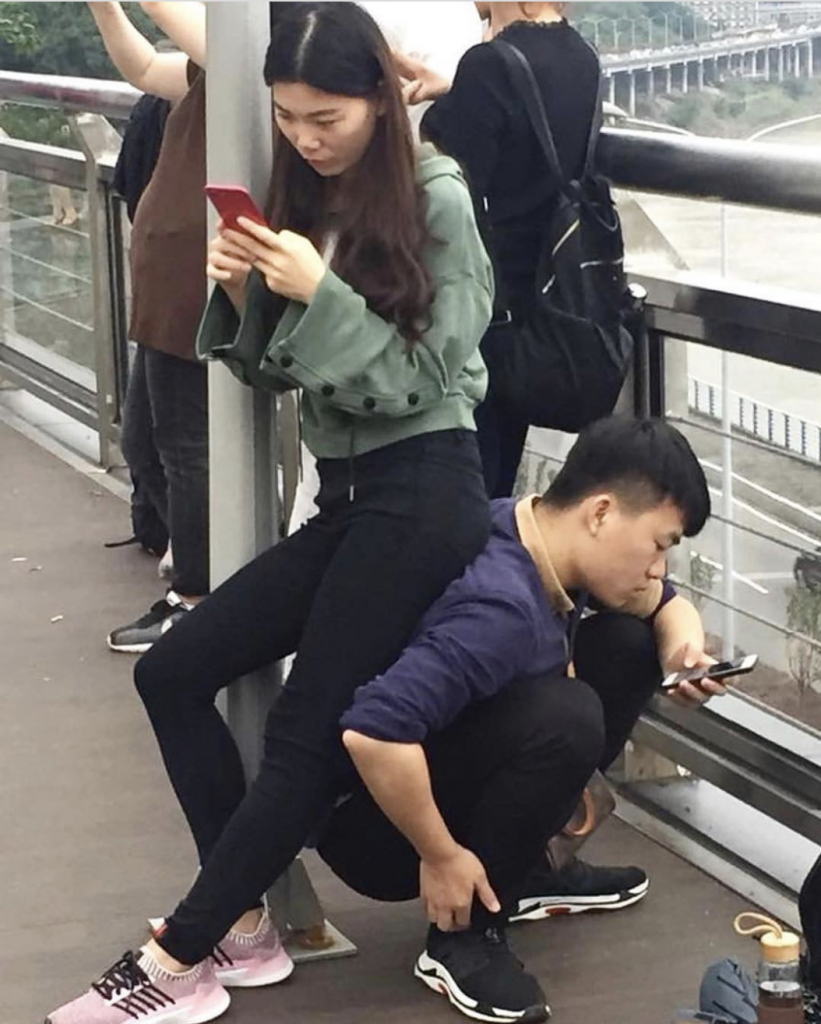 … while… not using a chair? 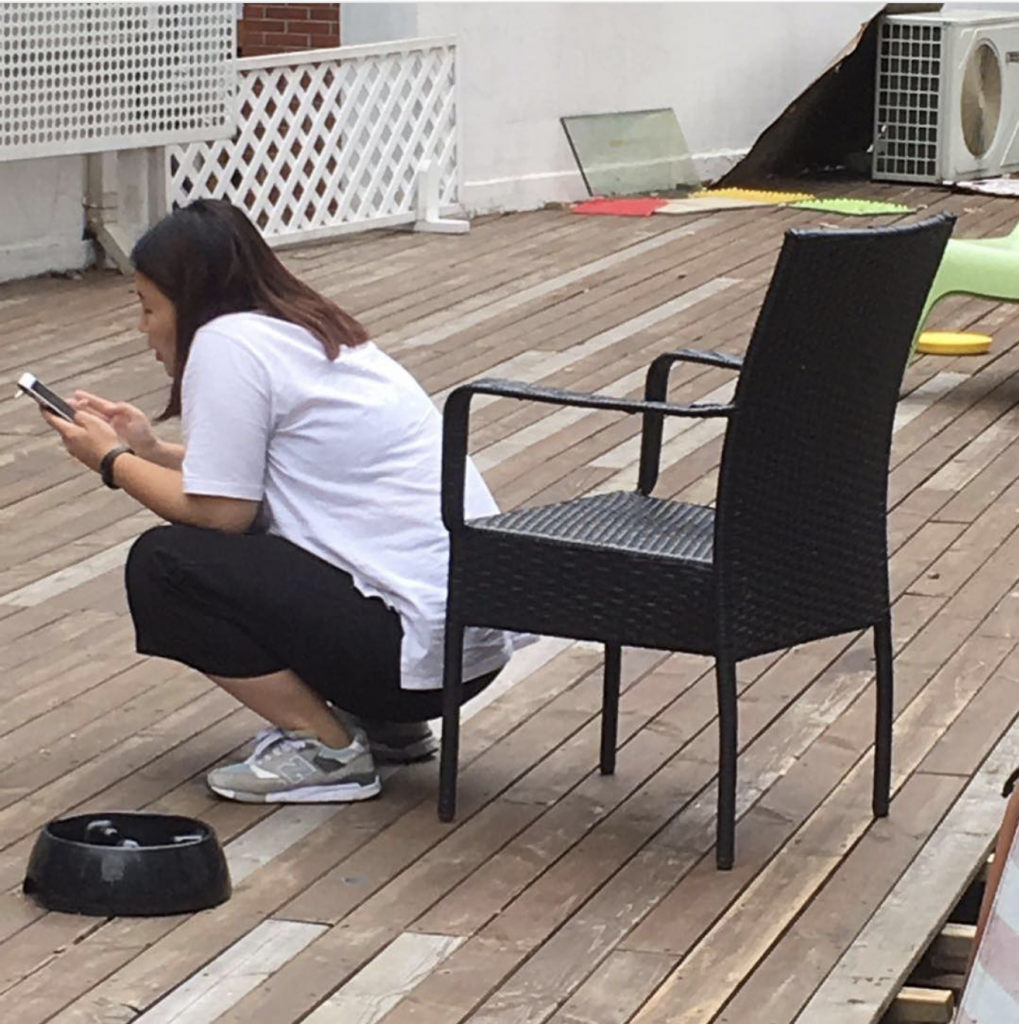 But the most universal purpose for squatting is when you gonna take a fat dump. Toilets are common in Chinese households now, but public restrooms are still dominated by squat pans, which many Chinese find more hygienic due to the lack of thigh-and-toilet-seat contact. The flat-heeled squat position here is crucial, not only for stability on wet porcelain but also—without getting too anatomical—for proper angling and position. Especially for the ladies. Let’s just say that if you stay on your toes, your shoes will get hosed.

(Pro tip: Wearing a slight heel helps. That means you too fellas… Don’t be afraid to express yo self)

Of course, squat toilets are not unique to Asia, and neither is the deep-squatting position. But so ubiquitous is the position in Asia and so invisible is it in the West that it’s been dubbed the “Asian squat.” The internet is rife with suggestions that most Americans cannot squat properly.

But is this true? How much is this nature or nurture? Let’s look at the physiology of the deep squat.

Luckily, at least one other person on the internet is as obsessed with squats as me, and he knows something about physiology. That would be Bryan Ausinheiler, a physical therapist in California who has written a series of blog posts about the deep squat. “The squat is a great model for a multi-segmental movement pattern,”  Uh, what does that mean? “The squat is a triple-flexion movement. You’ve got bending at the hips, knees, and ankle, so you have to fold everything up underneath you.” There’s a lot going on. 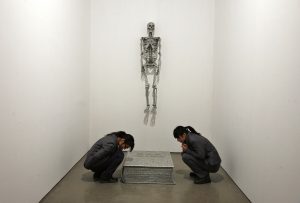 The key factor seems to be ankle flexibility. A 2009 study in Japan found that men who found it impossible to deep squat had particularly inflexible ankles. This is also in part, Ausinheiler said, why kids have no problem squatting. “I measured my daughter’s ankle flexibility when she was one day old,” Ausinheiler said. “She has 70 degrees of ankle dorsiflexion! Normal in the West is, like, 30.” So humans are born squatters; some of us lose it when we stop trying.

In fact, not everyone who can deep squat is, as Ausinheiler put it, squatting “well,” with feet close together and toes pointed forward. I grew up in the United States with few occasions to squat, and I fall into this category but I think due to my skateboarding background I can execute a squat rather comfortably. (A fact I was strangley comfortable with in China, because I had to place my feet wider than the grooved sides of the squat toilet that kept you from slipping on the wet floor.) The position, while doable, is not particularly comfortable for most but I enjoy it. for about 5-6 minutes I can chill there.

Body shape also seems to play a role. Short limbs, big heads, and long torsos make it easier to balance. (Again why toddlers have it so easy.) “I have three brothers, so of course, every year I test all their abilities to deep-squat,” Ausinheiler told me. “What I found is, of the four of us, my squat is the best, I gotta say, but I’m also most conscious of technique. I have another brother who has even shorter legs than me. His squat isn’t quite as good as mine, but it is very easy for him. And then the brother with the longest legs has the worst squat. He kind of has a hard time with it.”

Believe it or not, no one appears to have actually studied innate ability in deep squatting across ethnic groups. “You would have to take kids from the time they’re born in China and never let them do any squats to be a control group, and it’ll never happen,” Matt Hudson, a physiologist at the University of Delaware who kindly humored my questions, says. And ultimately, it may not matter. Practice and training make the bigger difference. 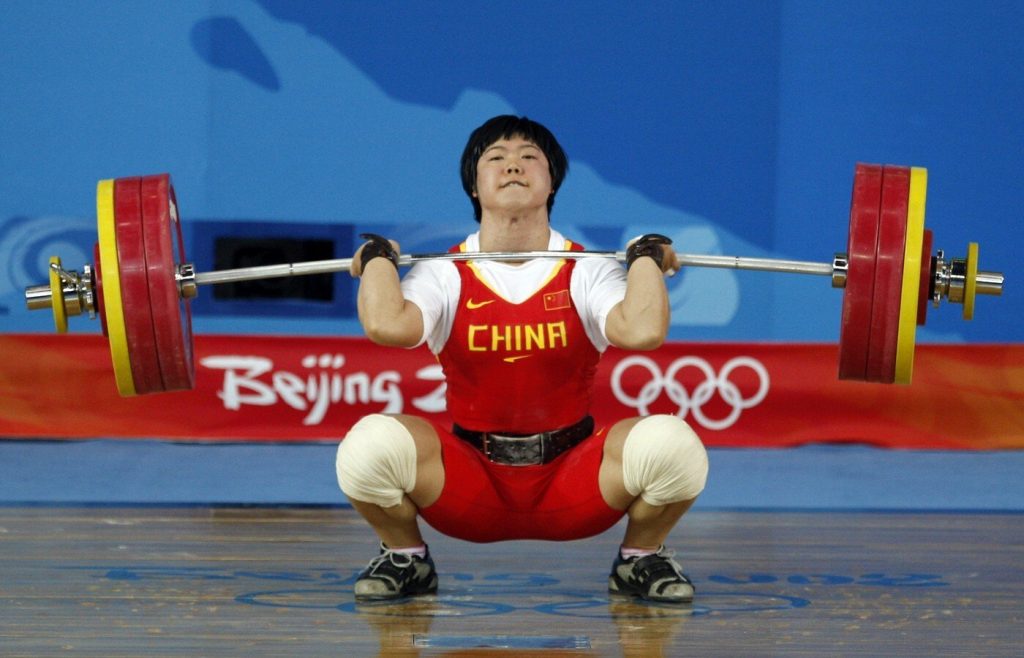 Ausinheiler says he has seen more people interested in doing a deep squat—thanks to Crossfit. Weight lifters squat in a deep position, pushing up through the heels. And weight-lifting shoes, Hudson points out, usually have a slight heel to help. Crossfit has turned a lot of people into weight lifters—and in turn, made them conscious of their stiff ankles.

There is another group of pro squatters, those who believe America’s bowel problems can be blamed on toilet seats (the argument has to do with the anorectal angle). Squatting is, of course, how our ancestors pooped for millennia. Yet this ability that comes so naturally to cavemen and babies has been lost to many Western toilet sitters—and it’s not so easy to get it back.

Sooo since I love the squat so much Sebastian Correa and I teamed up to bring you his squat studies series available for you now to wear. Enjoy!

We want to hear what you think about this article. Submit a letter to the editor or write to [email protected]